Woe to the over-churched. That was me. God saw me sitting in the pew, wrote a razor-sharp message, and handed it to the Spirit. The Spirit breathed into my pastor’s sermon and it flew from the pulpit. The words arced through the air, hit my eardrum, and bounced onto the floor.

I’d been practicing A.S.D. (Auditory Selective Dullness) for years. Raised in the pews, the effervescent words of life were poured over me before they had meaning. Jesus is the blah, and the blah, blah, blah. It’s a malady I fight today.

As I got older, I determined God was for retirees and recluses, and I reached for the highest numbers on the fun-o-meter. But such living never brought joy. My truest desires weren’t greeted at the door, let alone invited in to satisfaction.

Behind the temporal games I hid a longing to touch the Progenitor of life. I wondered if the enormous life in Christ lay in grasping the true meaning behind all those churchy phrases—washed in the blood, dead to sin, sanctified by grace. They were so much white noise in a preoccupied head.

One morning I woke and there beside me lay the instruments needed to open the tired phrases—a Bible, prayer, and a desperate heart. With the tools, I pried the trampled walnuts until they burst open to reveal emeralds of hope, fire-blue sapphires of love, and diamonds of truth. ‘Christ in me’ was no longer a ho-hum by-line, it was my oxygen. The words were the same, but the power exploding out of them woke me from the stupor I’d called life.

From time to time I still feel over-churched, but I attend so I can squeeze the old terminology for all the brilliant reality it will yield.

Or do you have contempt for the wealth of his kindness, forbearance, and patience, and yet do not know that Godʼs kindness leads you to repentance? (Romans 2:4) NET

“They’re called ‘cleaning stations,’” A friend who SCUBA dives said. “They are locations on the reef where cleaner shrimp live. Fish stop, open their mouths, and the shrimp hops inside to clean the teeth.

“I tried it, too. I removed my regulator and opened my mouth. The little guy jumped in and worked on my teeth with a feathery touch. When I exhaled bubbles, he jumped back to his rock.”

This is another of nature’s symbiotic relationships where two creatures help each other. The shrimp gets meals delivered to his doorstep, and the guest gets free dental hygiene.

There is also a symbiotic relationship between grace and repentance. Grace inspires us to repent from rebellion. At the same time, repentance opens our hearts wide to receive the cleansing of grace.

Jesus didn’t die for our sins so he could merely sneak us into heaven. He cleansed us so he can inhabit our hearts and change us from the inside out—grace and repentance working together.

While they are symbiotically connected, there’s a vital distinction between grace and repentance. Grace is a cause while repentance is an effect. God’s grace initiates our reconciliation, then we respond to his kindness with repentance.

Grace takes hold of the hand of repentance and they walk together, because wherever you witness saving grace, repentance is not far behind.

Prayer: Lord God, I celebrate the union of your grace and my repentance.

And I tell you, make friends for yourselves by how you use worldly wealth, so that when it runs out you will be welcomed into the 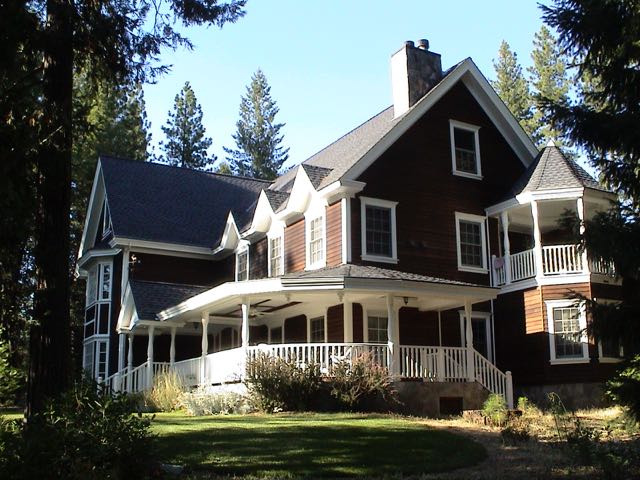 Stone chimneys rose three stories above a turret, verandas, and ample rooms appointed with marble fireplaces, handcrafted hardwood, and exquisite collectables, all surrounded by thirty-two acres of private forest. Construction of the mansion was the life dream of Dani’s mother. After it was finished, we moved in with her, shared her dream, and provided hospice care until she passed away. Dani and her sister inherited the grand house.

Another person also died. It was the King of the universe, Jesus. He died so we could live in his mansion. Before he left, he said we should prepare for our time with him. We should use worldly wealth for eternal purposes.

We sold the family estate and used the money to travel the mission field. We traded the the turret for baptism of thirty-four African women and children. The marble fireplaces fetched enough to bring the gospel to villages of untouchables in India. That thirty-two acres of serene forest bought time in the Fiji Islands redeeming abused women. We exchanged the house and land for ministry opportunities.

The money is gone now, but not the investment. Dividends continue to flow into our Kingdom accounts from the lives that were touched.

The decision to sell and reinvest into eternity was simple. What else could we do in response to so great a love? Jesus died for us. He ended his physical life so we could unite with him in spirit. To hang on to soil, wood, and stone would trivialize his death. We had to spend earthly wealth to reciprocate a token of the love that was poured out on us.

Prayer: Faithful God, thank you for protecting my investment.