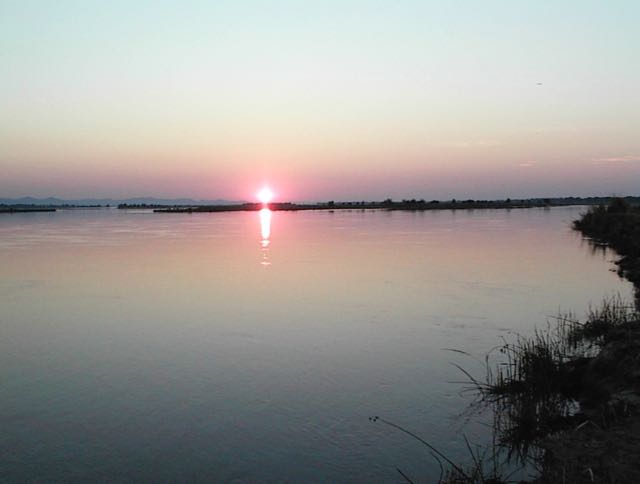 … his divine power has bestowed on us everything necessary for life and godliness through the rich knowledge of the one who called us by his own glory and excellence. (2 Peter 1:3)

Dani and I had to leave Zimbabwe for at least forty-eight hours to obtain new visas. We planned on driving north two hundred and fifty kilometers and staying in neighboring Zambia. The Zimbabwean government wouldn’t let their currency out of the country, so we drove to a lonely road near the border and, at the Lord’s prompting, buried the Zims we’d need on return.

After driving through the no-man’s land separating the countries, the Zambian guards examined our American passports with eager whispers. They demanded high fees in US cash, more than we were willing to pay.

Wondering if God was still with us, we drove back to the mango tree that marked the Zimbabwean border. A guard took pity on us and exchanged our Zambian money for Zims so we could pay to re-enter Zimbabwe. We’d only been gone an hour but, contrary to normal policy, he stamped our passports for new visas.

We dug up our money, bought dried fish for the mission station, then prayed for fuel. All the petrol stations were dry. After a half dozen inquiries, we were directed to the back of a hotel that sold from barrels. We filled up, but now our Zims were nearly spent.

God warned against staying at the hotel, so we drove to an intersection and prayed again. We felt the Spirit say, “Go left,” and followed a barely discernible gravel road. We arrived at some beautiful chalets on the Zambezi River, but without food.

A butcher weighed his smallest chicken, sliced off one leg, then the other, then a wing until it was affordable with our remaining Zims. The Africans in the local market laughed with me at the impoverished white man.

Sunset turned the sky burnt-orange as fireflies zipped across the midnight-blue river. And our three-quarters chicken was a gourmet meal. Life doesn't get any richer.

Navigating with Jesus is actually a fun adventure because he provides everything necessary for life and godliness.

Prayer: Lord, I’ll seek your provision to do your will. 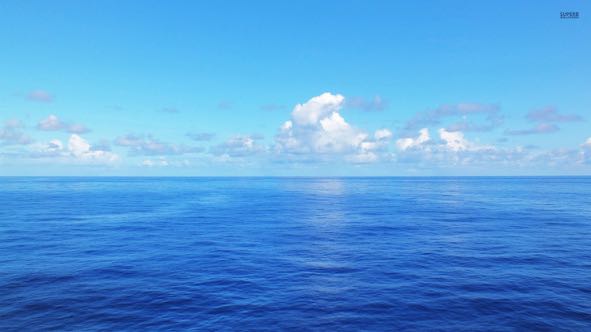 I am coming soon. Hold on to what you have so that no one can take away your crown. The one who conquers I will make a pillar in the temple of my God, and he will never depart from it. (Revelation 3:11-12)

A friend of mine, Pete Schichtel, was a U.S. Coast Guard pilot flying a search and rescue pattern off the Florida coast. Twenty-four hours earlier, a hired boat driver abandoned two women while they were SCUBA diving. They surfaced to find themselves in the middle of an empty sea, no boat in sight.

“Lord, keep them safe,” Pete said as he squinted into the empty blue. “We need your help.”

The sun lowered to the horizon and time was running out. The victims could float with their inflatable dive vests, but they would succumb to hypothermia in the night, if they hadn’t already.

Halfway through a grid tack, Pete caught a glimmer of something in the water. Maybe a couple of floats used for commercial fishing. As he investigated, he realized it was the divers waving pink and green swim flippers.

A short time later, the survivors were pulled from the water by a helicopter.

I, too, am abandoned on the ocean. While I was busy exploring the world, Satan drove away and left me to drown. Now I’m bobbing on an empty sea with no help in sight.

Jesus prophesied about rescue, but how long will that take? Will I survive until he comes?

In the mean time, the only thing keeping me afloat is faith. The watery tracts pull at my legs, I’m swamped by waves and tugged by currents, and I cling to my small belief.

I tried the flotsam and jetsam of the world, but it sank when I put my weight on it. Faith is the only option left to me. To let it go is to yield to death without hope.

No one else can save me, only Jesus. I have to clutch faith in him to my chest, stop flailing, and wait. He promised he’s coming soon.

Prayer: Savior, strengthen my faith to hold on. 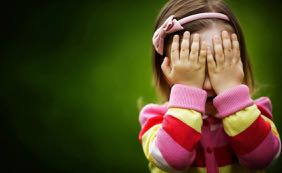 For indeed both Herod and Pontius Pilate, with the Gentiles and the people of Israel, assembled together in this city against your holy servant Jesus, whom you anointed, to do as much as your power and your plan had decided beforehand would happen. (Acts 4:27-28)

Five-year-old Emily hid behind a door watching me through the hinge gap. I pretended to look elsewhere.

Emily giggled. I knew her hideouts and how long her attention lasted. At the right time, I jumped behind her door and we burst into a fit of laughing and tickling.

I sometimes feel the powers of evil play hide-and-seek from God’s justice. I was dismayed when I saw gypsies hatefully forced out of a store in Eastern Europe, and distraught when refugees in Africa lost a baby to starvation. And if my own rights are trampled, I suffer truly massive indignation.

The reality I miss is God’s sovereignty in every situation. It is not like the Devil catches him unaware every now and then. It was God’s sovereignty at work when Jesus was decimated on the cross. God saw through the ploys of those who thought they were winning against his Christ.

God is infinitely more sovereign over life than I was over hide-and-seek with Emily. She thought she was invisible, even though I saw her peek out and heard her titter. I chose to draw the game out for a more explosive reunion.

Father God does the same for me. Evil can’t hide from him, not my evil or the world’s. He’s waiting for the perfect time in history, then in an explosive moment, he’ll jump out from behind life and swoop me into his arms. He’ll finally remove all sin from my heart, and welcome me home. Then maybe we’ll even tickle each other.

Prayer: Holy Father, help me rest in your sovereignty.