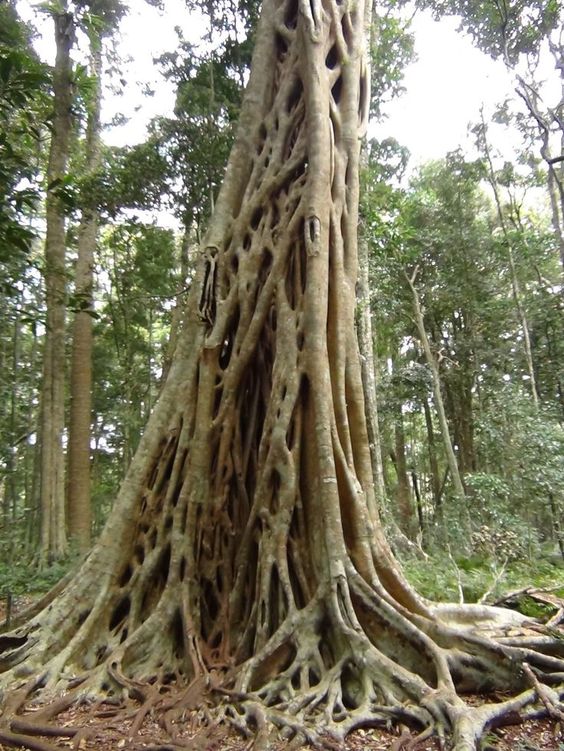 I have been crucified with Christ, and it is no longer I who live, but Christ lives in me. (Galatians 2:20)

We camped in Africa’s Zambezi Valley as hyenas yipped about devilish pranks, lions roared with proud grunts, and crocodiles held their deadly silence. But the creation that arrested my attention was a curious tree. Clumps of pale-green leaves looked tired amidst the canopy. Fat shoots ran down the original trunk and fanned to the soil. Two trees melded into one.

Our host explained that it was a strangler fig. It began as a common acacia but a fig tree grew around the host taking over nutrients and water until it assumed the shape of the old tree. The strangler became a verdant habitat for everything from honeybees to monkeys.

I used to be a homely acacia. I had a second-rate existence. Then the Spirit blew his seed into the axis of my branches, the hollow point of my greatest need. The gospel germinated and roots drew up truth. A new form of life grew on top of the old. I still have my unique shape, but now my days are full of abundance.

Tufts of the original me poke out. They agree in theory the fig self is better, but they won’t volunteer for the upgrade. Each branch, every leaf must be choked then regrown. Fear must expire under the strength of trust, and hatred must die by the hand of love. It’s a slow but needed strangulation of a lesser me.

The fig me stands tall and majestic, but there’s no room for pride in the recreated fruit or the habitat to the hurting. The new life of the fig is the life of Jesus and the boast is in him.

But to Adam he said, “Because you obeyed your wife and ate from the tree about which I commanded you, ‘You must not eat from it,’ cursed is the ground thanks to you …” Genesis 3:17

I squatted by a campfire with African refugees in a Côte d’Ivoirian shantytown. In the sand, I drew two parallel lines to show the gulf of sin. A stick figure depicted man on one side and a radiant cloud represented God on the other. As I added a cross over the gap, my interpreter explained the gospel.

A Liberian man in his thirties crawled from under the plastic tarp of his hovel to join our group. His living space was one meter high by one meter wide. He made no claim on Jesus that day, but hopefully a seed was planted because he must have more. I wanted him to understand the offer of salvation so his squalor might be replaced by paradise.

As we talked, children played around the ramshackle camp. I asked myself how they could be so nonchalant about their circumstances. But the little ones had no clue they were the poorest of the poor. They were too young to remember anything except fleeing war and bivouacking.

I, too, fail to grasp how cursed is my preliminary existence on earth because it’s all I’ve known. I have a hard time imagining life without brokenness. Everything is infected by the curse of Adam. Rivers writhe with microscopic terrorists, animals and humans eat one another, and my own thoughts can’t remain pure. Nothing I experience today will be whole, and still I go on laughing.

It’s okay to be at peace because Jesus has a scheduled plan for remaking heaven and earth. It’s not okay to be content with this life as it is. This is not God’s final work. That refugee man must have more, and so must I.

Prayer: Spirit of Jesus, separate my heart from the corruption of life. 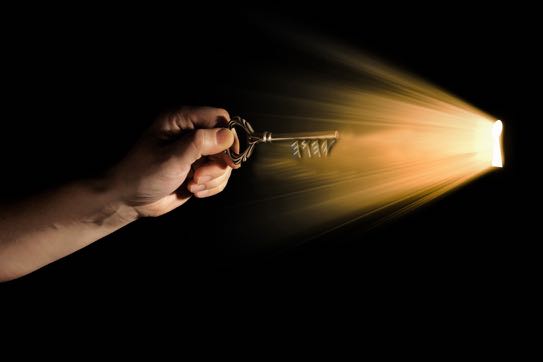 For thousands of years, men searched for the key. Music and laughter streamed from under the door, but outside in the stinging cold, judgement waited in darkness.

Abraham, Moses, and David hungered after the key. In Solomon’s day, the door was still shut. He had untold wealth, a thousand beautiful wives, and the finest intellect on earth, but none of those would crack the door. Solomon’s conclusion—“‘Meaningless! Meaningless!’ says the Teacher. ‘Everything is meaningless!’” (Ecclesiastes 12:8) (NIV)

Then, at the perfect moment in history, after men had exhausted every effort to open the lock, the key fell from heaven.

For while we were still helpless, at the right time Christ died for the ungodly. (Romans 5:6)

The key slipped into the lock, the tumblers fell into place, and the door swung wide. Death stayed outside. And more than eternal life alone, the Messiah opened purpose and hope, growth and love. Every tumbler of life was released where it engaged Jesus.

For God was pleased to have all his fullness dwell in the Son and through him to reconcile all things to himself by making peace through the blood of his cross - through him, whether things on earth or things in heaven. (Colossians 1:19-20)

It’s been one hundred generations since the key fell, and now it’s my turn on the timeline of history. What those before me sought with tears, I take for granted. I was born with the key in my hand, so I don’t even bother to fit it into the lock. Apathy is my most infernal curse.

I have the key. The Key! I have access to every answer, all of life is open to me for a twist of my wrist. Solomon with his wealth and brains didn’t have what I have—the key that opens life’s meaning.

But will I turn the lock and go in?

Therefore we must be wary that, while the promise of entering his rest remains open, none of you may seem to have come short of it. (Hebrews 4:1)

Prayer: Lord Jesus, come unlock every part of my life.