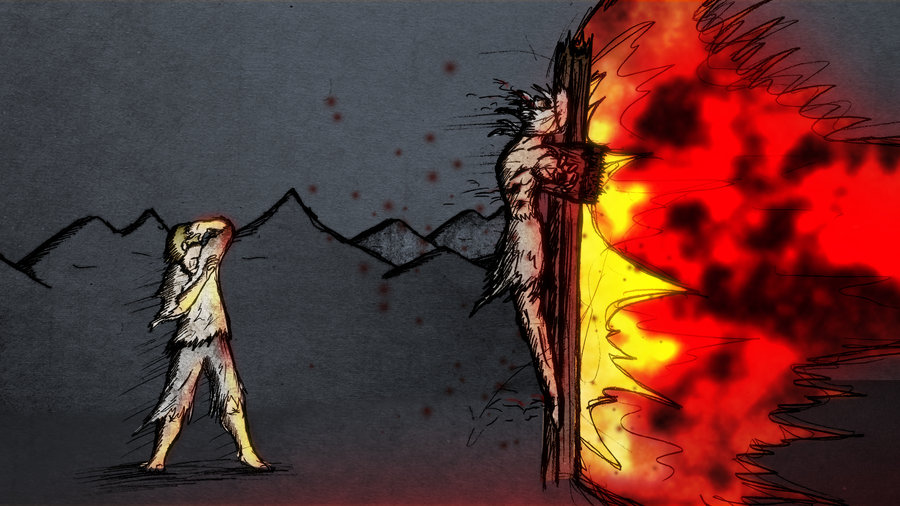 The LORD bless you and keep you; the LORD make his face shine upon you and be gracious to you; the LORD turn his face toward you and give you peace. (Numbers 6:24-26) (NIV)

One by one, the African pastors of each denomination pressed through the crowd to take a turn at praying for revival. A man, wearing a red and white clerical dress over his clothes, popped free of the crowd. He bowed in humility with a genuflect-like hand gesture, and began praying. Intercession gushed out to flood God’s feet with his pleas. His language was unintelligible to me, yet I knew heaven devoured every syllable.

The fact that this warrior was dressed as Alice in Wonderland did not soften his face. His brow was a bulwark, jutting forward in strength. Rock steady eyes drilled heaven from where they were set above flared nostrils and exotic cheekbones. His mouth was more than a hole with lips—it was a living organ that visibly shaped words as a potter throws clay. I sat transfixed by this fierce black face, engaged in the holy warfare of prayer.

The face is the portal for our being. Perception and stimuli flow in, and expression and conviction pour out. Here is the epicenter of life energy. It’s no wonder Moses was told that no man could see the face of God and live (Ex. 33:20). Who could endure an encounter with the nuclear reactor of so much glory? The hurricane of purity that blasts from the face of God sweeps away every debris of evil. What hope do I—with evil stirred all through me—have of standing before the face of God?

There is only one being in the universe capable of the following feat—He grabs hold of the face of the Almighty and says, “Father, please look at my friend.” He turns God’s face to gaze on me, and, as long as Jesus holds his Father’s face, beams of grace blend with the consuming light of glory. I don’t melt. Rather, I’m saturated with blessing under the stare of the Holy God.

Prayer: Father, through Jesus I revel in the worship of your face. 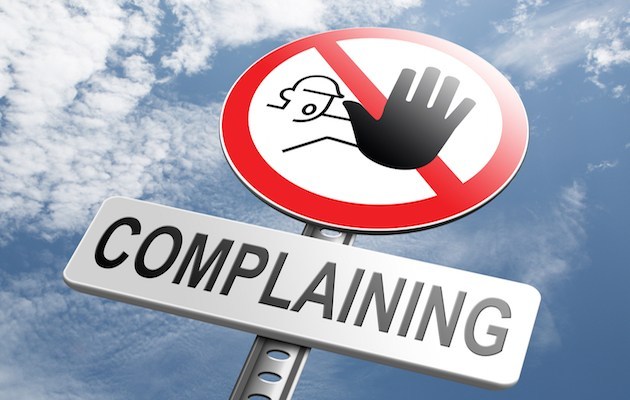 So you too, when you have done everything you were commanded to do, should say, ‘We are slaves undeserving of special praise; we have only done what was our duty.’” (Luke 17:10)

“Everybody else gets to rest at the end of their day,” I muttered as I climbed into the car and headed out to minister to a family that could only meet in the evening.

Then the words of one of my own sermons broke through, “Remember from where you have been delivered.”

If it weren’t for Jesus taking away my sin, my thought life alone would be enough to convict me to hell for eternity. Then I must add selfish behavior, faultfinding, willfulness, laziness, and lust, to name a few current defects. Why I’m adopted to inherit paradise is beyond me. My bellyaching is pathetically out of touch with the reality of all I have in Christ.

You would think me an unsavory character if I won a multimillion dollar lottery, then growled about riding the bus to collect my windfall. I’m worse than that. I have inherited blissful union with the Creator of the universe, and I whine about petty things, like going out at night to pray over a hurting family.

My expectations need to be lowered to reality. If I expected the Christian life to be the ease of royalty, I was mistaken. Paul, Silas, Watchmen Nee, and Corrie Ten Boom never expected anything but hardship and prison, so they passed by disappointment and never looked him in the eye.

Why should I expect anything but the punishment my sin warrants? A pewter-blue twilight, a child’s giggle, my next breath—these are blessings that go far beyond what I should receive. When I add up all I have now, never mind heaven to come, and compare it to what I deserve, it’s over the top ridiculous how blessed I am.

By the time I pulled up to the house for my visit, the stench of self-pity was flushed out of the car by the fragrance of gratitude. 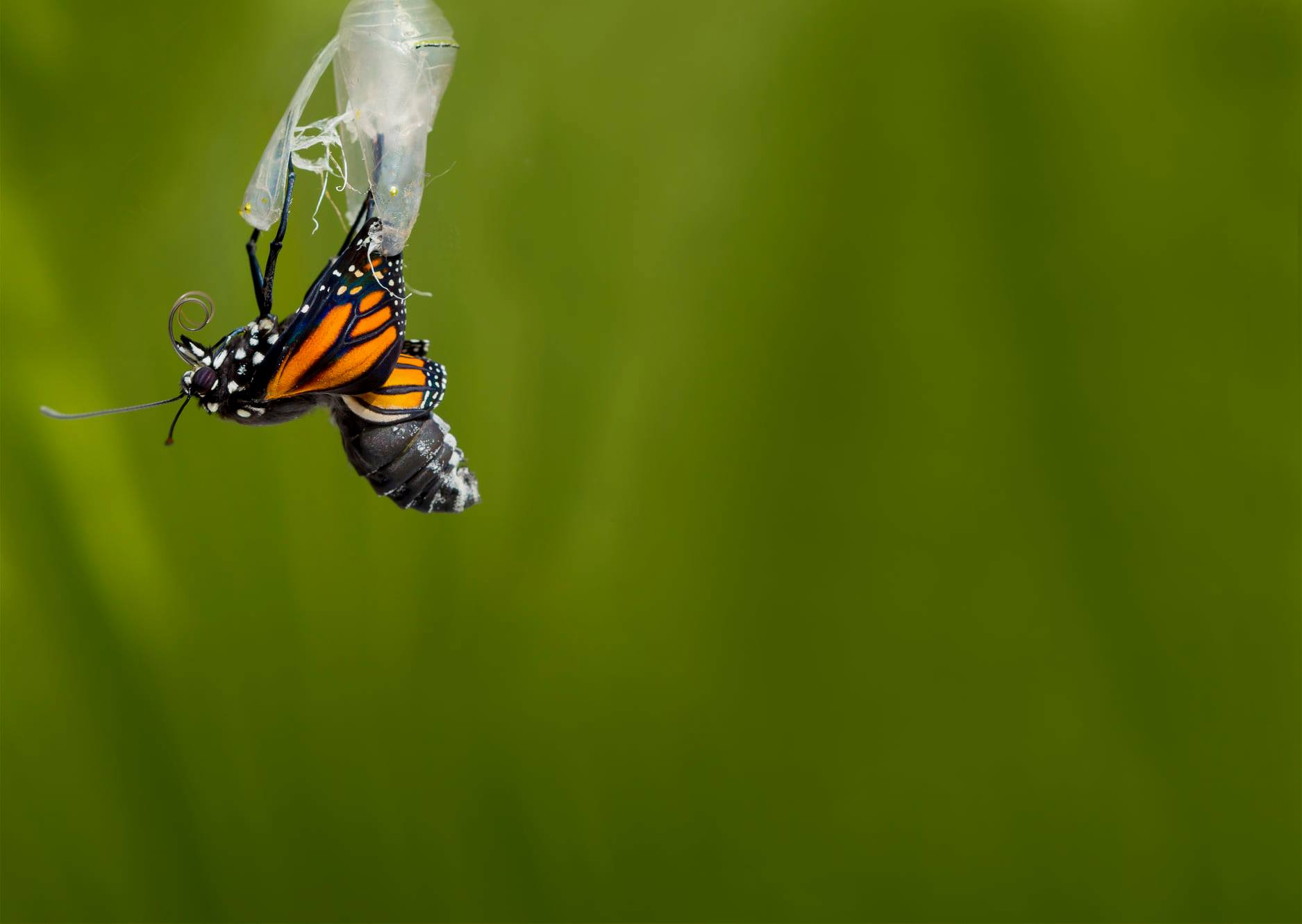 Let the fields and everything in them celebrate! Then let the trees of the forest shout with joy before the Lord, for he comes! For he comes to judge the earth! He judges the world fairly, and the nations in accordance with his justice. (Psalms 96:12, 13)
Blessing flowed over the earth. Trees rejoiced at God’s mighty presence. Sea creatures floated in his peace. Mankind celebrated his goodness, pressing against us on every side. We were God’s crowning achievement, and we ruled his planet.
Then, the rulers rebelled. Even as elevated beings, we ate forbidden fruit, and defiled nature with sin. Trees bent, animals fled, the seas writhed. The Spirit of God swirled away into the heavens and evacuated the face of the earth.
The silence was deafening. Trees were muted from praise. Mountains transformed into inarticulate rock. Men feared animals on both land and sea. We wanted to dance, but there was no music. We wanted to fly, but there was nothing beneath our wings.
Sin displaced the presence of God, until we were left with a shadow existence.
Get ready, you trees. Prepare for life, you seas. The Holy One cannot be defeated. Our God comes again. His Spirit will fill the planet anew. Lift your eyes birds and beasts, you shall once again inhale his love. Together with plants, lakes, and stars, you will awaken to sing of glory.
God will judge those he anointed over creation, who failed. The rulers, who defiled his work, shall suffer their own corruption. But the repentant will be remade. With his own family blood, our God redeems the sorrowful.
Then, God will purge the earth of evil. Fear, shame, and hatred will be removed to hell. Injustice and rebellion will flee. God’s victorious Spirit will once again flood the earth, as the waters cover the sea. The music will return, and we will soar in love as though it were the only element around us.
Finally, humankind, and all creation under them, will shout God’s praises—as he ordained from the beginning.
Prayer: Come over the earth, Spirit of God, come!