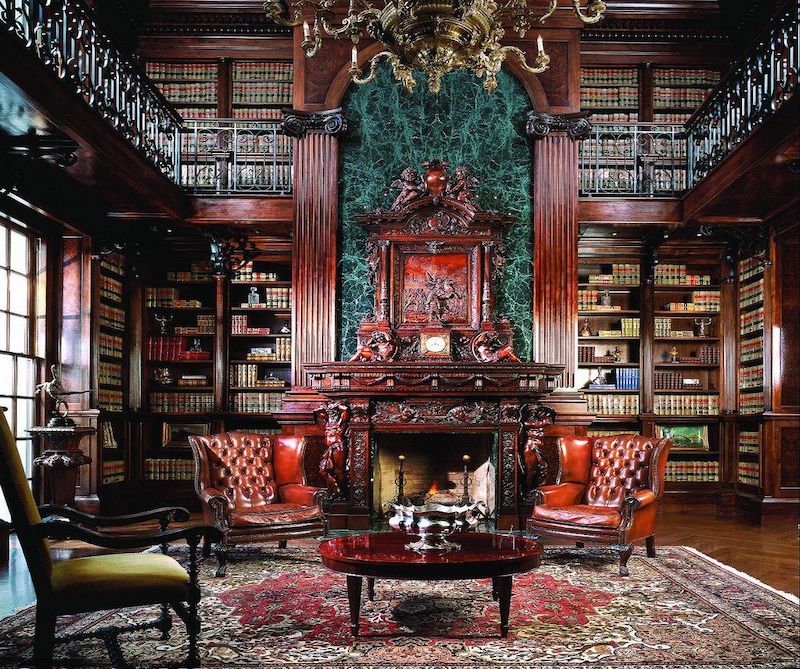 Then he said to them, “Therefore every expert in the law who has been trained for the kingdom of heaven is like the owner of a house who brings out of his treasure what is new and old.” (Matthew 13:52)

The house was shaped like a slice of pie, with the far end fanning out wider than the narrow entrance. There were practical chairs, tidy library shelves and huddles of people chatting. I selected a few books to read by the fire. They were good literary works, plain, but brilliantly true. Conversing with the other occupants made for earnest dialogue but I noticed a door at the rear.

Amazing. The exit led to an identical but much larger room. The wedge shaped arrangement continued from where the widest rear wall of the previous room left off. It was breathtaking. The fireplace and bookshelves were in the same place and the decor and furnishings were exquisite. The books contained delightful new discoveries stirred together with familiar facts from the previous room. Discussions buzzed with passion. As stimulating as this room was, there was another door.

Incredible. The next room was of the same expanding shape yet so majestic the others fell out of memory. I could scarcely add anything to the animated talk. I wished I had studied longer in the prior rooms. The people were both wonderful and humble. My mind reeled, how many rooms were there and what grandeur might they hold?

Such has been my adventure of learning about the character of God. I began simply, then his beauty quickly outpaced my grasp. At each level, the Bible, and godly books and conversations helped me grapple with his splendor around me.

God calls me ever further beyond and deeper in. His rooms are as exponential in their expansion as they are unending in their number.

Prayer: Wondrous God, I thrill at what I’ve learned and have yet to learn about you.