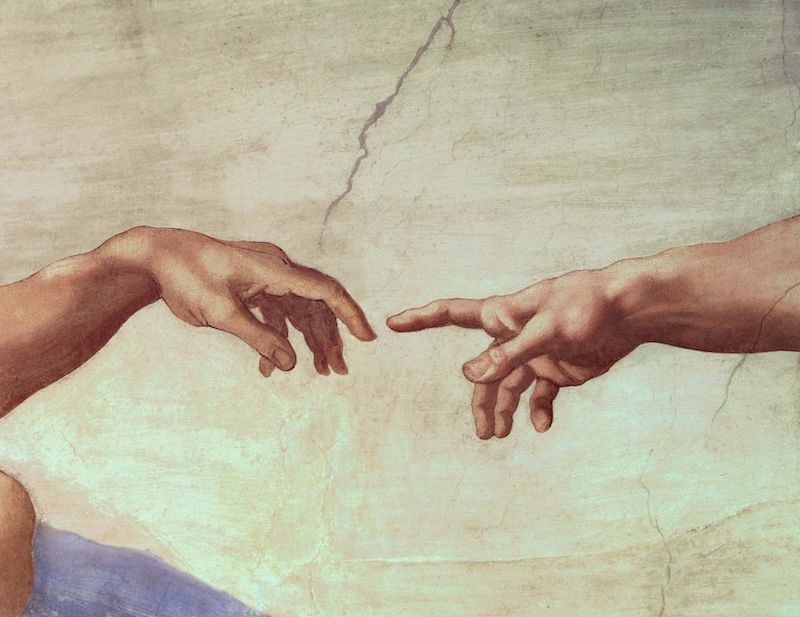 Then Jesus cried out again with a loud voice and gave up his spirit. Just then the temple curtain was torn in two, from top to bottom. (Matthew 27:50-51)

Hot tears streamed to their chins as Adam and Eve stumbled out of the garden. A wall of rejection expelled them. Where there had been deepest love, there was now an impenetrable barrier. Since opting for sin, humans could no longer enjoy the fullness of their Creator. God was gone.
In the time of Moses, the barrier between God and people manifested into the curtain before the ark in the tabernacle. The message was clear—God’s holiness must be separated from man’s guilt. On one side of the curtain, joyous peace inhabited all beings. On the other side, the curse and loss defiled everything.
Fourteen hundred years further into history, we came to a crossroads of epochs. God revealed his jaw-dropping plan.
At three o’clock on the darkest Friday, a vibration began deep inside the earth. It raced to the surface and, at the point of our Messiah’s last breath, the rumble exploded into a recreated supernatural landscape. As the dust settled, angels and demons were the first to realize what had happened.
The physical curtain in the temple, and the spiritual curtain between God and humans, were rent in two. God had taken the topmost hems in hand and shredded the barriers down to the soil line. The way was now open for a radical deployment of God’s Spirit. He relocated from the temple’s most holy place into the hearts of his children.
How blessed we are to live on this side of the timeline, after the curtain was torn. It’s so easy to reach out in prayer and bring a universe of goodness inside me. Unfortunately, I often take my privilege for granted and close my heart to the Spirit’s filling.
The most wondrous part of this historical epic is that God has not turned away from my apathy. Because I know Jesus, nothing, not the world, the devil, or even my frequent coldness will separate me from my perfect love. The supreme price has been paid and Adam’s curtain stands open, and there is God, reaching for me.
Prayer: Everlasting Life, thank you for destroying the curtain.
0
0
0
s2sdefault