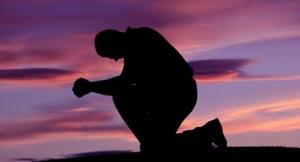 So David bought the threshing floor and the oxen for fifty pieces of silver. Then David built an altar for the Lord there and offered burnt sacrifices and peace offerings. And the Lord accepted prayers for the land, and the plague was removed from Israel. (2 Samuel 24:24-25)

On Mount Moriah in Jerusalem there was a threshing floor belonging to Araunah the Jebusite. On this earthen floor, King David’s heart was threshed like so much grain separated from chaff.

David had lost sight of the fact that God was the source of his military victories and, against the advice of his friends, he sent General Joab to count the fighting men. God responded with a plague that killed seventy thousand Israelites. At Araunah’s threshing floor, David saw the angel of death with a sword raised over Jerusalem. His response defined the rest of his life.

David put on sackcloth, threw himself on his face, and sought God’s mercy. He bought the threshing floor and sacrificed burnt offerings on site. Only a supernatural transference of his guilt to a sacrificial victim could save him and his people. He wholeheartedly embraced the transaction.

Seventeen years later, David bequeathed the real estate of his heart threshing as the site for Solomon’s temple, where God’s glory would fall so powerfully the priests had to vacate.

Like David, I’ve made epic mistakes in my life. Will they remain as places of shameful threshing or become a temple of God’s glory? While God is still in the transformation business, the answer depends on my response. If I follow David, repent in earnest, and fully consign my guilt to the cross of Jesus, then God will convert those dark places into a center of worship filled with more glory than I can withstand.

Prayer: Merciful God, help me boldly repent and praise you.