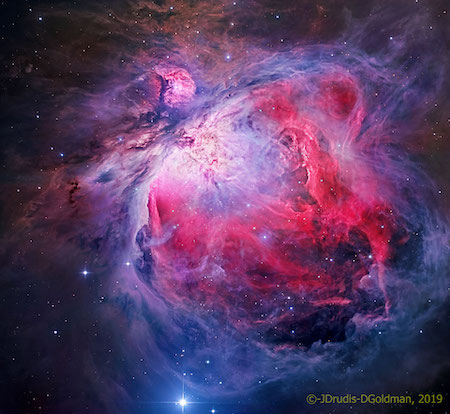 I will go on to visions and revelations from the Lord. I know a man in Christ who fourteen years ago . . . was caught up into paradise and heard things too sacred to be put into words, things that a person is not permitted to speak. (2 Corinthians 12:1, 2, 4)

“America is the best country, the very best. They take care of all the people.” After he heard my English, a man standing on a crowded bus in Albania praised my birth country. “I want to go to the USA, and see it with my eyes.”

“Here is Albania,” I said, as I held my finger and thumb a few centimeters apart. Then I slightly increased the visual gap. “And here is America.” Finally, I held my hands as far apart as my arms would allow and said, “And here is heaven. Wouldn’t you rather go to heaven?”

We are curiously reserved when discussing heaven, as if we’re embarrassed to speculate on its grandeur. There are aspects of heaven we are not meant to know about in this era. And humility must prevent us from stating fancy as fact. Still, we must also delight over the possibilities. Because our Father’s creativity is bigger than our imagination, there is no threat of overestimating the glory.

I see myself streaking across the universe with my favorite companion. Jesus takes me sixty-three million light years from earth to see the violet and amber luminance of the Antennae Galaxies. Because I have a spirit body, we pass through the molecules and a spray of colors unknown in my prior life bursts through my eyes.

My laughing King shows off his next wonder on the shimmering surface of a blue dwarf star, where we pause to hear a concert from seraphs. As master of the physics of time, I make a spiraling dive through epochs to join the Creator for a cool walk, in a place not unlike the unspoiled Garden of Eden. We lock arms and chat as we stroll through the sweet fragrance of jasmine and gardenia, while a train of curious panda bears, giraffes, and a stegosaurus, nudge us from behind.

It’s okay to get loopy from anticipation of our coming inheritance.

Prayer: Awesome Creator, keep me excited about your home. 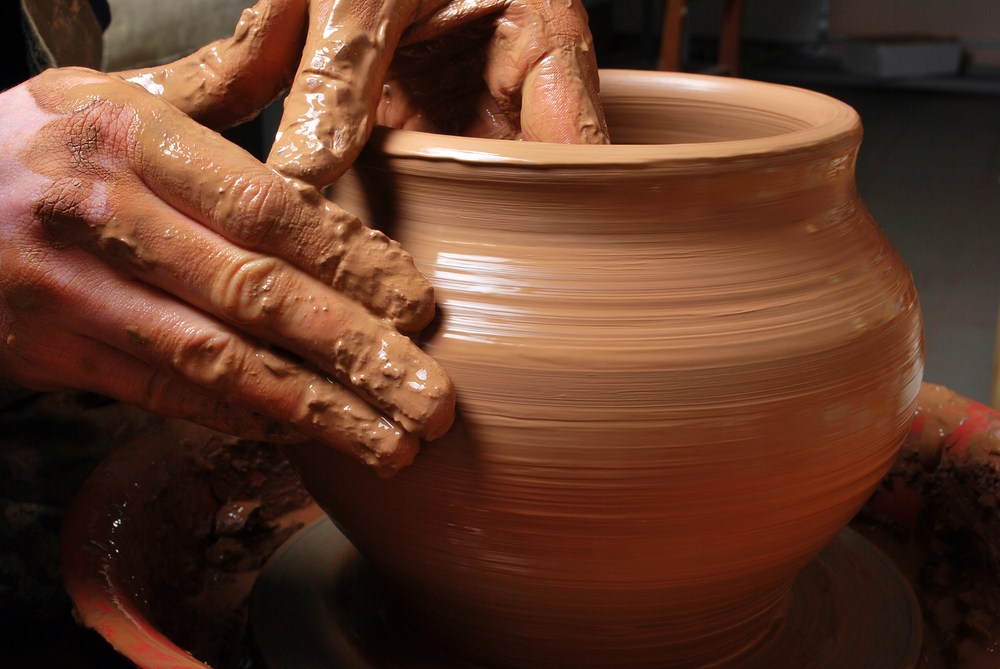 In my hands, you, O nation of Israel, are just like the clay in this potter’s hand. (Jeremiah 18:6)

A mound of red-brown clay spun on the wheel. The artist felt its slippery resilience gliding through her hands and the sweet mud drew a rush of inspiration. She plunged her thumbs into the core, an elegant curve of a wall rose, and a living pot was born. In a storm of creative passion, she caved in the top, and remade the piece into a better expression of what was in her mind. She only needed to smooth off remaining lumps and engrave fine details.

I was a blob of fear and ignorance, a debased toy of the destroyer. He pushed me into whatever shape he chose by his lies. But that blunderer knows nothing of artistic mastery, and I’ve quit him.

Now I’m on the Potter’s wheel. He holds my life between his hands with tender devotion. While I yield to his touch, contours of kindness and gratitude take shape. There is joy in his heart as he contemplates his vision for me.

Unlike the inert mud, though, I have the ability to pull back and harden. Character flaws emerge, and the Potter is forced to collapse part of his work. Nevertheless, with confidence, he restarts.

I have this wrong notion that I do the work of progressing spiritually. I try to pull myself out of sinfulness and into Christlikeness. In truth, my part is to rest in his hands and let him mold me into the shape he wants. It means less of me, and more of him. Less of my opinion, and more of his will. Less of my doing, and more resting in his word.

The Lord is unwilling to abandon the vessel he has planned in his mind. There will always be lumps to smooth, and fine details to engrave on my heart, but as long as he doesn’t give up on me, I’ll not give up on his work in me.

Prayer: Perfect Creator, let me remain malleable to your work. 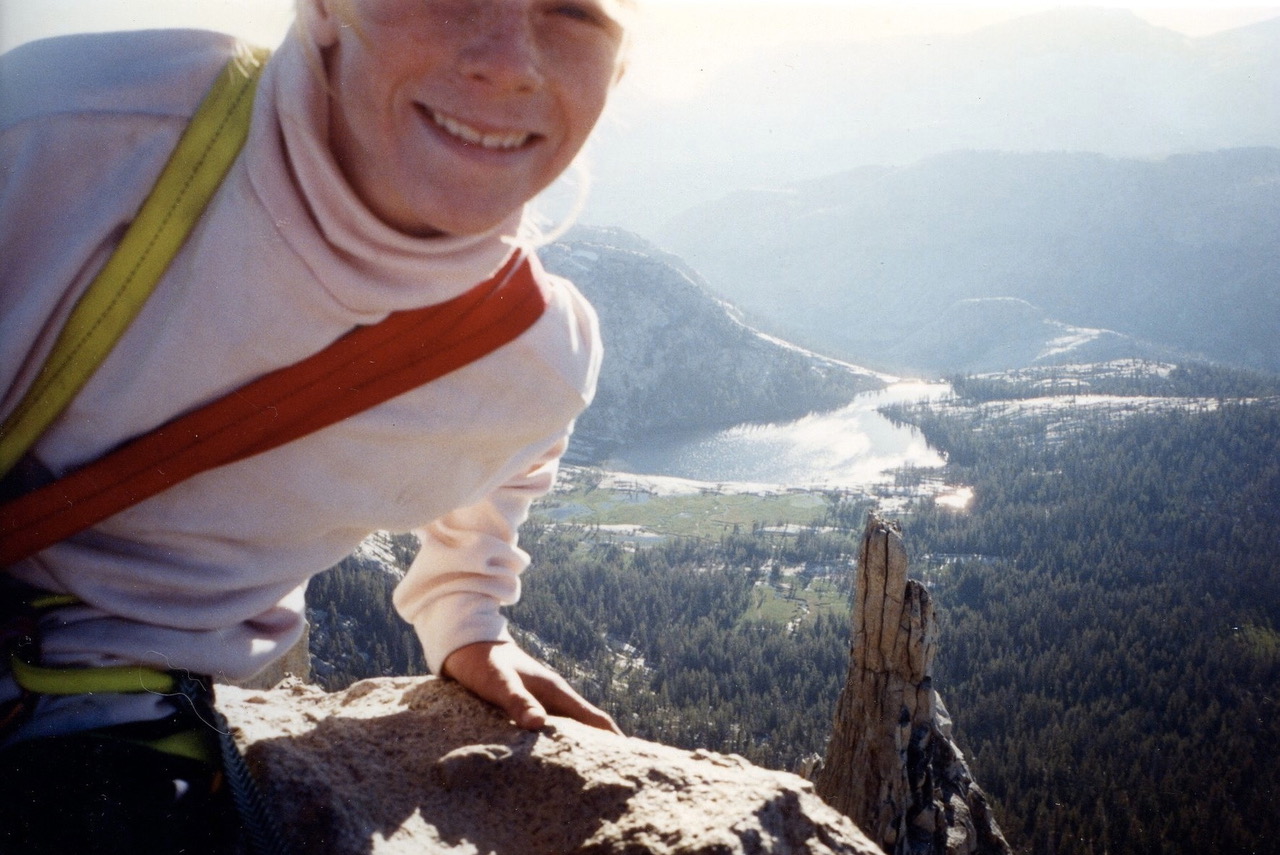 When my daughter, Ashley, was thirteen years old, we lugged climbing gear up the trail on our second attempt at Cathedral Peak in Yosemite park. We made a snug camp at the base and started on the spire before daylight the next morning. As we roped up and donned our rock shoes, the granite tower leaned over us.

“So you’re back. I thought the prior defeat ended this madness. Okay little people, bring it on.” The spire taunted us.

We climbed through the raw sun and howling wind. Fear, tears, and elation each took us in turns. We pulled ourselves atop the pinnacle as the sun hung over the horizon by butterscotch fingers.

Walking down the backside in the dark, we lost our way and bruised our feet. Champion that she was, Ashley endured the consequences of an overly ambitious father.

Of my climbing adventures, Cathedral Peak represents my meanest tragedy and my greatest victory.

Now God puts another monolith in my path—Jesus. The crucifixion of the King of the universe proclaims love until it’s an immovable stone in my path. There are only two choices for how I encounter this rock. I can lie down and embrace it, or I can try to run through it and be shattered. Every time I attempt to skirt around, some weird trick of editing makes the film loop, and I’m in front of the rock again. I’m forced to choose, embrace or shatter.

How could transparent me ever hope to break through solid Jesus? It’s a ridiculous proposal. So I stretch out on the rock, and feel its joy penetrate my being. Here is comfort. Here is foundation. Here is immovable promise.

Here also is my stone altar, and I’m the sacrifice. The rock died for me, so now it’s my turn to die for him.

This rock is truly my meanest tragedy and my greatest victory.

Prayer: Rock solid Jesus, I choose to die, and live with you.

Feed Entries
Provided by Pritchard Websites
Back to Top